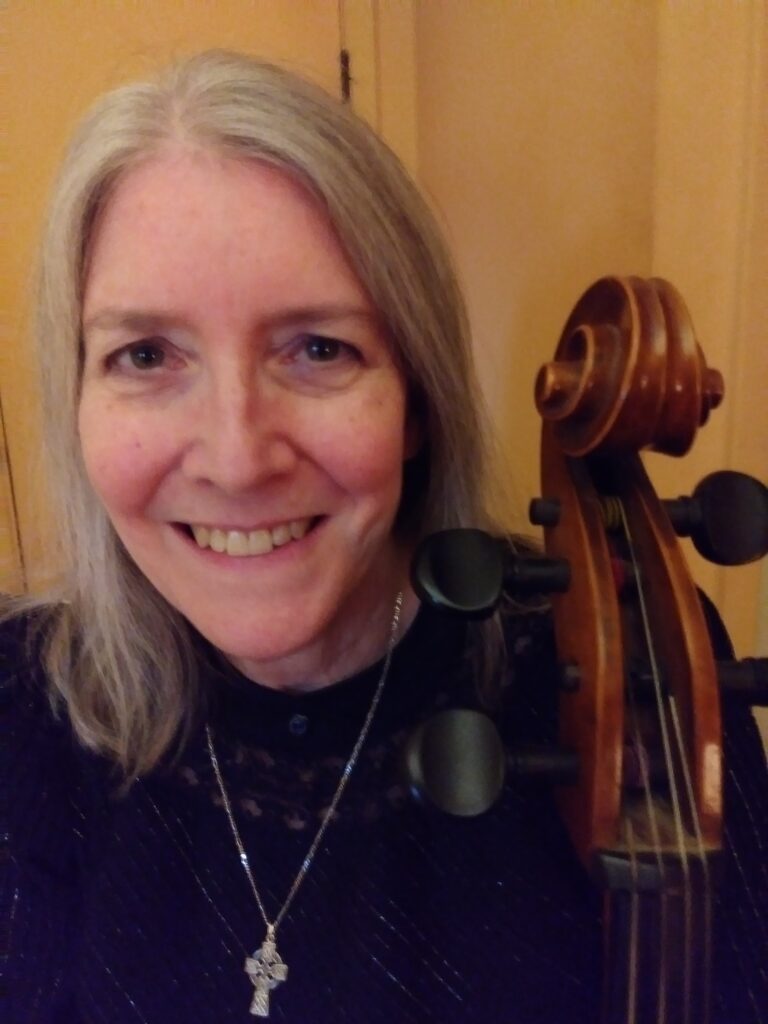 Moria was born in Hollywood and raised in a musical family. She began her studies on piano at the age of 8 and took up cello at 14. She received her bachelor of music degree in performance from California State University, Long Beach.

Moria played in several orchestras and freelanced in the Los Angeles area before moving to Phoenix in 1988.

Since coming to Phoenix, Moria has played with MusicaNova, the West Valley Symphony and the Scottsdale Philharmonic. She also plays in the Women’s Orchestra of Arizona, where she serves as principal cellist.

She continues to freelance, playing weddings, parties and church performances throughout the Valley, as a soloist and in chamber groups. Moria is a member of Sigma Alpha Iota music fraternity.

Moria has a “day job” as a medical biller in Glendale. She is married, has a daughter and also shares her home with two cats.