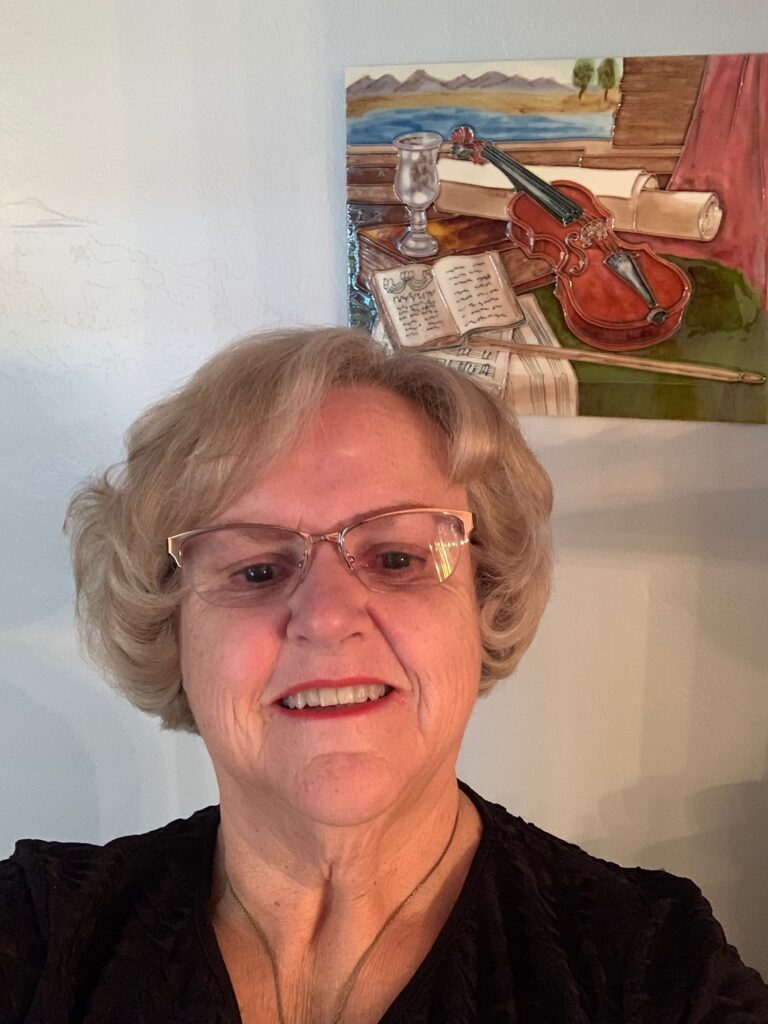 Marj Sherman has shared her violin talents with audiences around the world, performing with college and professional orchestras touring Austria, Spain, Portugal, and other European countries, as well as China. She taught strings and general music for 18 years in the Scottsdale Unified School District and was assistant conductor of the North Valley Symphonic Orchestra for grades 5-8.

She has played with MusicNova since its founding and is also a member of the Four Seasons Orchestra, La Forza Chamber Orchestra, Women’s Orchestra of Arizona, and Serenade String Quarter, which she has owned since 1981.