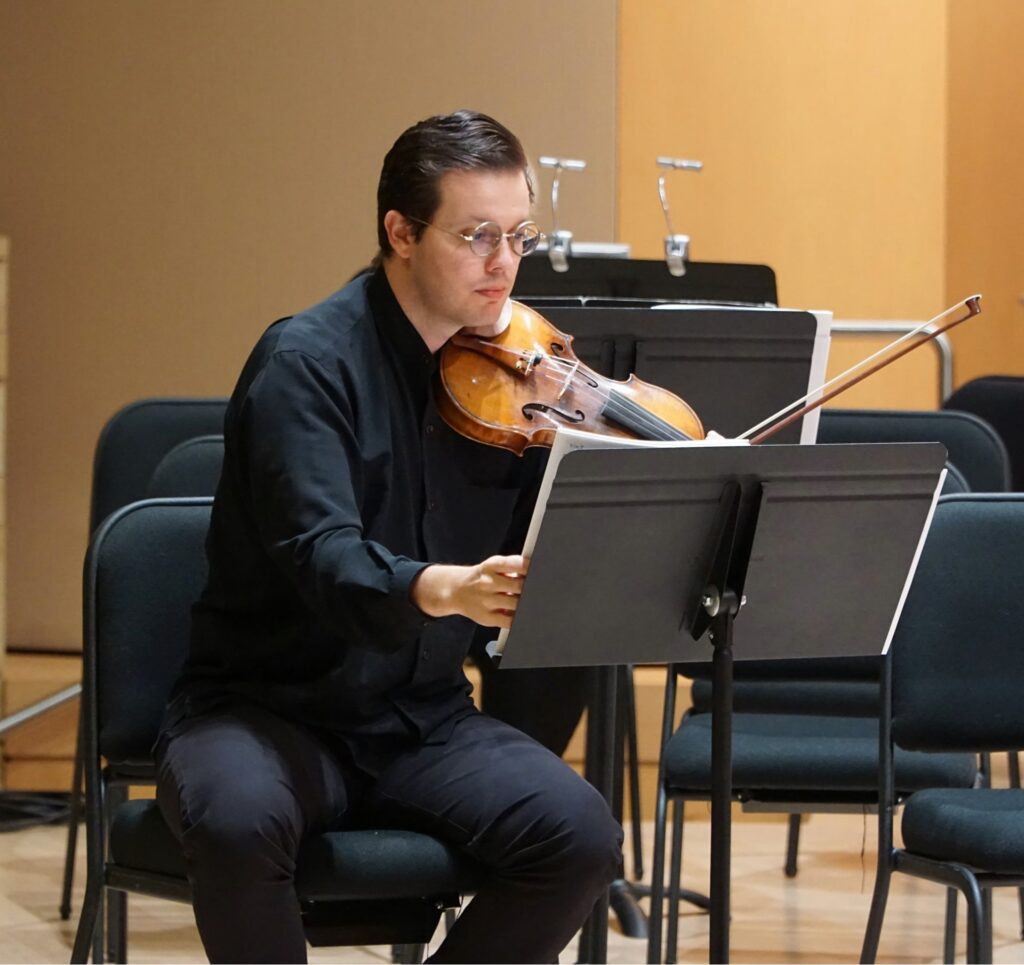 Christiano Rodrigues has been concertmaster for MusicaNova Orchestra since 2017 and regularly leads masterclasses at Tempe High School.

After first gaining recognition as winner of Jovens Solistas Brasileiros and debuting as a soloist at age 18 with the Orquestra Sinfônica da Bahia in his native Brazil, he was soon engaged in performances across the Americas and Europe. received critical and audience acclaim for his recital performance in the historic Rector’s Hall with the Dubrovnik Symphony Orchestra in Croatia.

He is heavily involved with Harmony Project, Phoenix, which provides music instruction to underprivileged children for no cost. He serves on the faculty of a number of summer music camps across the United States.