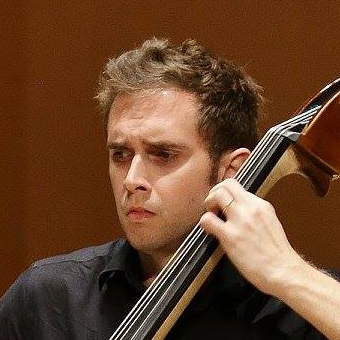 Ben Hedquist is the clinical assistant professor of jazz bass at Arizona State University. He holds a doctorate in double bass performance from ASU. He is also the education program coordinator at The Nash, Phoenix’s jazz performance and education center.

As a double bassist, Hedquist is known for his versatility and feels at home playing classical or jazz music. As a classical musician, he has performed with the West Valley Symphony, Phoenix Opera, and as principal bassist for MusicaNova Orchestra.

In 2016, he was runner-up for the Arizona State University’s Concert of the Soloists Competition. As a jazz bassist, Hedquist was a finalist in the 2016 European Double Bass Congress competition  in Prague, Czech Republic.

He performs throughout the valley with his own quintet and in 2019 released his first album, “The Mists of Uncertainty,” featuring his original compositions.