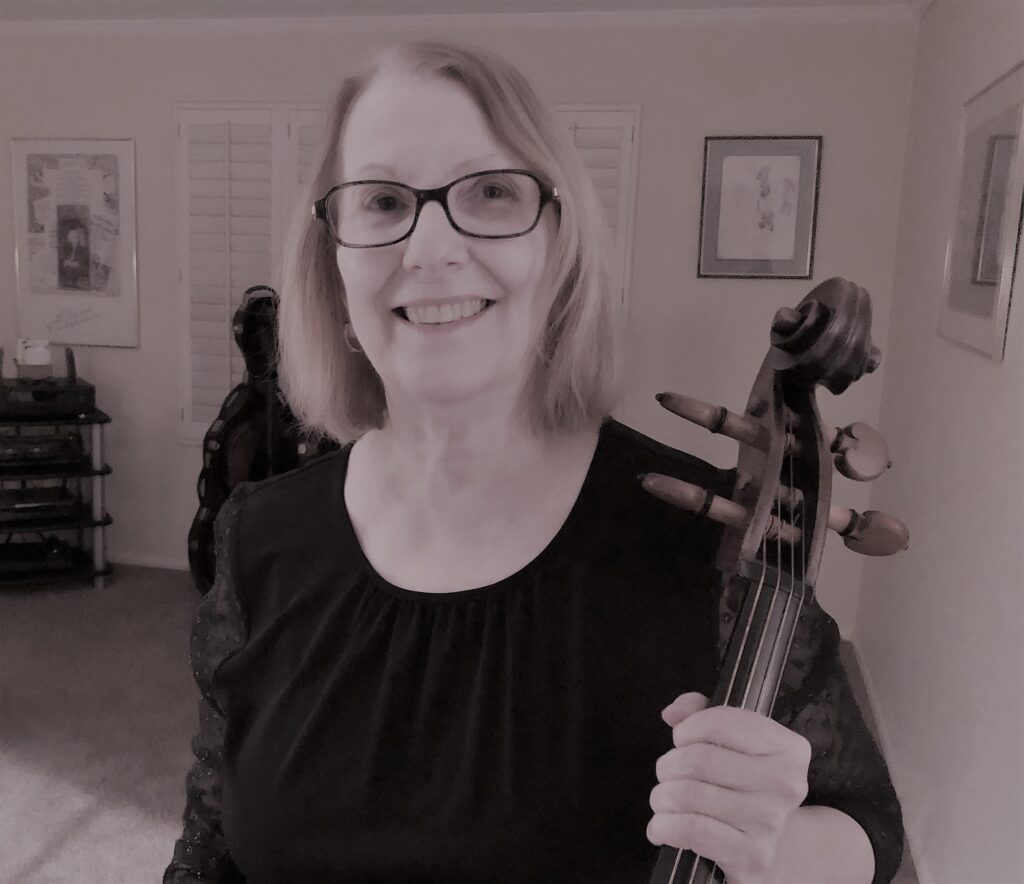 Liz Longo McKinnon, MusicaNova orchestra personnel manager and cellist, is a native of Springfield, Ohio.  She grew up with music in her early years under the influence of her mother, also a cellist.  She participated in regional and all-state orchestras in Ohio as well as the Springfield Symphony & Youth Symphony.

She holds a bachelor of music performance degree in cello from Wittenberg University and a master’s of music education from Michigan State University.

Liz was strings coordinator and orchestra director with the Fairborn, Ohio, schools before moving to Michigan.  She was hired to direct the Lakeview (St. Clair Shores, MI) high school orchestra as the first female director at the high school level in the state of Michigan, where she also taught junior high and elementary strings.  Her orchestra received consistent superior ratings at the regional and state level in Michigan. Additionally, she was invited as a director of orchestra at Blue Lake Fine Arts Camp in Michigan for three seasons.

As a cellist, she was principal cellist of the Grosse Pointe (Mich.) Symphony Orchestra and performed with The Detroit Women’s Symphony, the Warren, St. Clair Shores, & Birmingham-Bloomfield Hills Symphonies in Michigan.

Liz has been an active freelance cellist  in Fairborn, Ohio, Detroit and Phoenix, working with performers such as Smokey Robinson, Victor Borge, the Manhattan Transfer and many others.

Liz moved to Arizona in 1990.  She continued performing with several chamber groups and was principal cellist of the Fine Arts Strings and MusicaNova Orchestra as a founding member, personnel manager and a board member from 2003 to the present.  She had an active private cello studio in Mesa, AZ, until 2017.